Finalist in the Magnum Photography Awards 2017 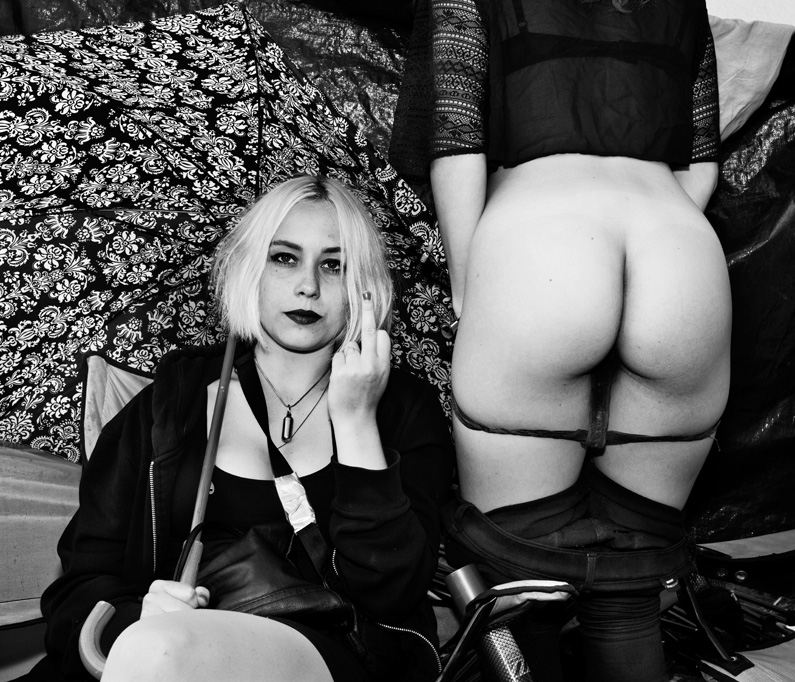 Winner of the open category in the

of the Danish Press Photographers Association 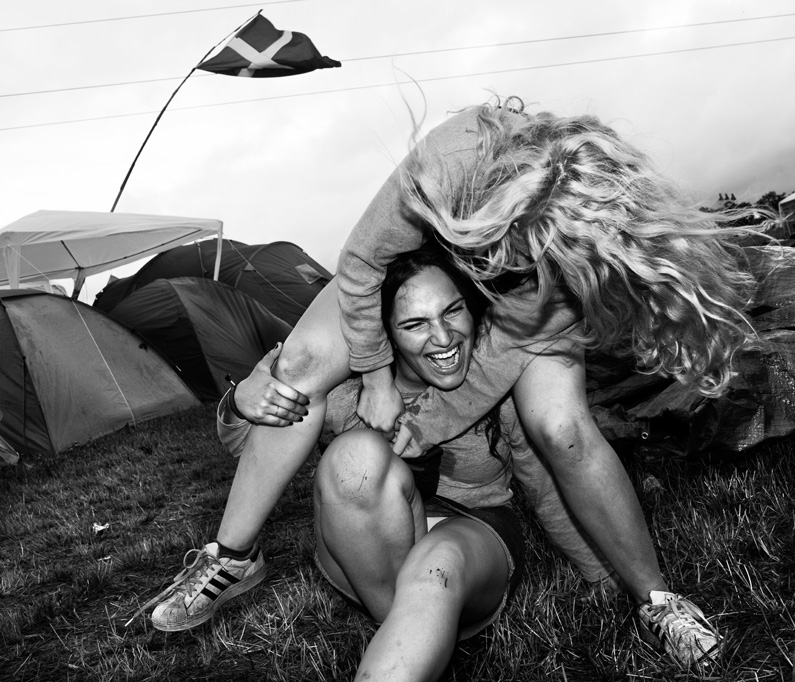 Grand Prize Winner and winner in the Portrait category

International Photographer of the Year  2016 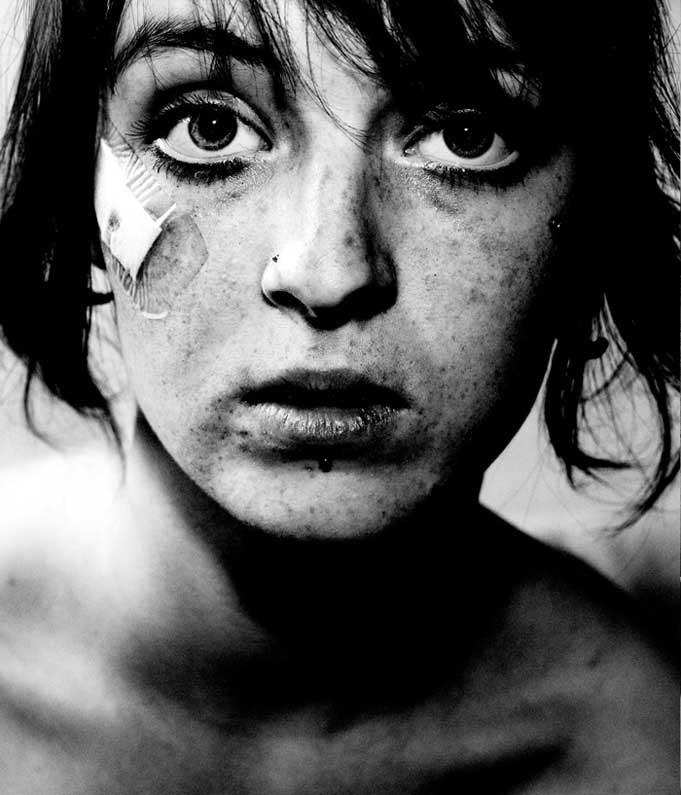 Jens Juul is the winner of 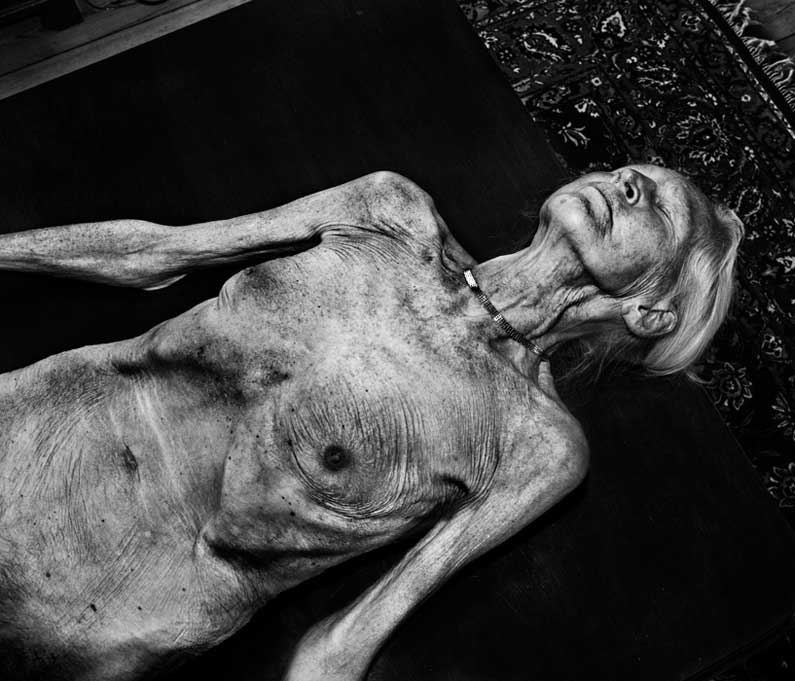 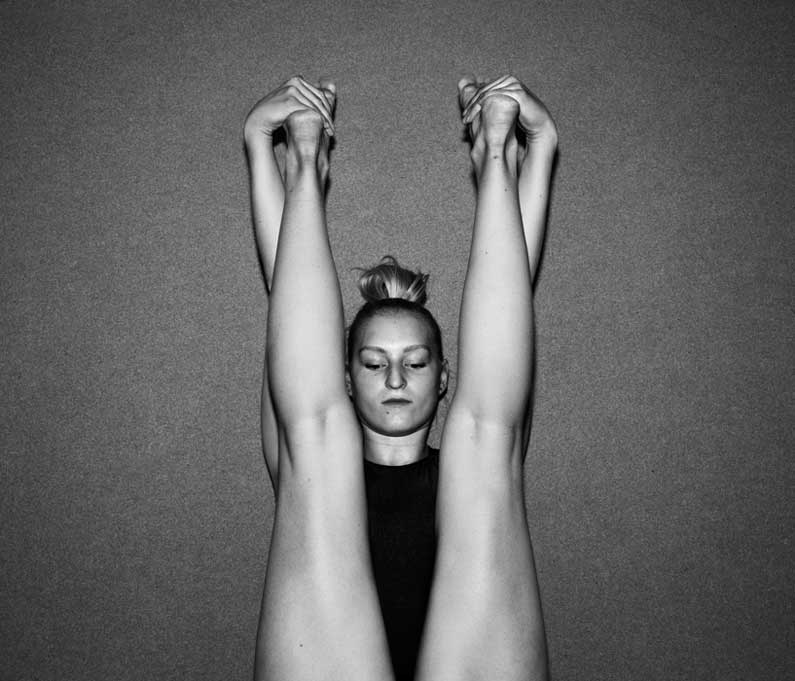 Augusta is eighteen years old and started doing gymnastics in Kazakhstan when she was ten. She has been training in Copenhagen since she was thirteen. When she was nine, she would pretend to be the world famous gymnast from Romania, Nadia Comaneci, and that led her to take up the sport herself. She attends a special kind of high school class where all the students are doing sports at the elite level. That makes it easier to not partake in the kind of social events and parties that teenagers usually do. 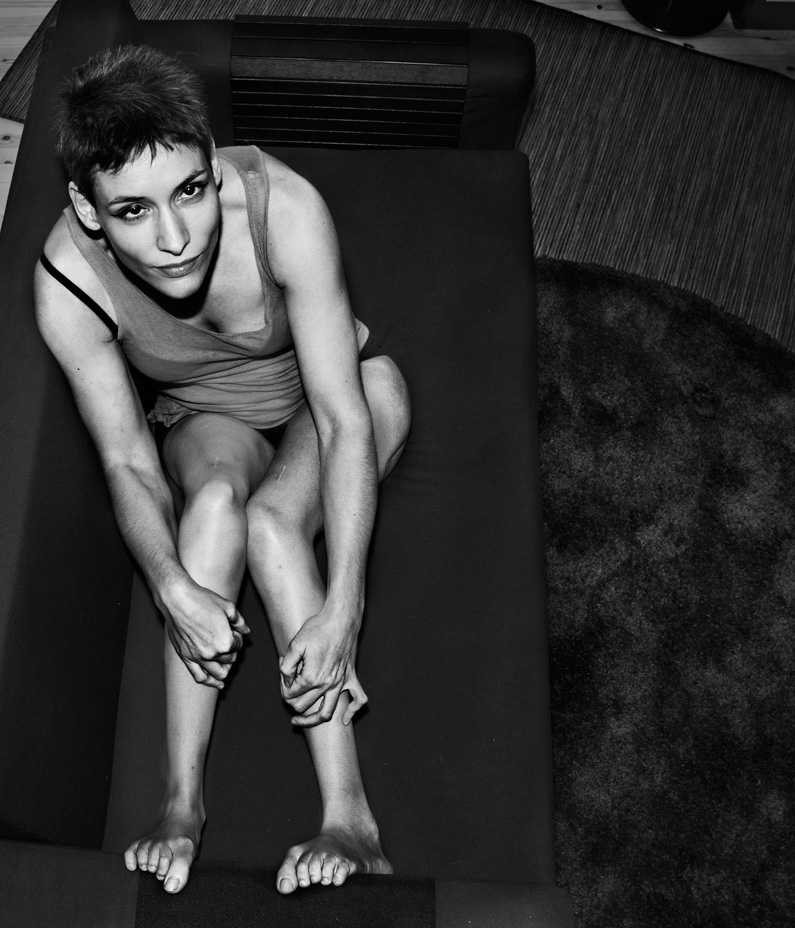 Spirits are high and the volume of the music is turned up as young people with determined looks on their faces train hard doing gymnastics in every corner of the large gym in Copenhagen. Among the youngsters are the elite girls. They all train 15-20 hours a week. You have to if you want to participate at the elite level. And they do. As a rule of thumb you have to have put in at least 10.000 hours of training to compete internationally. So these girls aged 10- 18 all train four to five hours, five days a week.

Gymnastics is a sport where you primarily fight yourself. You fight your fears, your doubts, your pain. But the young girls and boys do it side by side, helping, encouraging and looking up to each other. So it might be a lone battle. But they do it together.

The atmosphere is good and there is loud music playing in the gym in Copenhagen where the elite girls train gymnastics 20 hours a week. You have to if you want to participate at the elite level. And they do. As a rule of thumb you have to put in at least 10.000 hours of training to compete internationally. Doing gymnastics you primarily fight yourself. Your fears, doubts and pain. But the youngsters help and encourage each other. So it might be a lone battle. But they fight it side by side.

“For half an hour people put their lives – or rather their heads – in another person’s hands.” The hairdresser must understand the customer. A haircut can make a statement or can be the outer expression of an inner state.That is why it is always so much more than just a haircut. A critical look in the mirror is part of the ritual.

“But I guess I’m intrigued by the sort of intimacy there is in that particular situation. We sit there and let someone else wash and dry our hair. We let our guard down completely, which is best illustrated of course by the man who lets someone else get close to his throat with a lethally sharp razor knife.” The hair is an intimate part of a person. Having your hair cut or even your beard shaved is always a very sensual moment. Hair has also some symbolic value: ideas of beauty, strength, eroticism, individuality, sensuality, masculinity, and femininity are closely linked to the hair.

“When I bike to school and kindergarten with my children in the morning, we pass a hairdresser’s, which is frequented daily by local residents. I was working intensely on another project at the time, but the idea just gripped me.” The idea quickly evolved into a project. “I started visiting different hair salons to capture the moment where we let other people – people that we don’t necessarily know that well – get intimately close and shape the way the world sees us.”

“When I meet ordinary people, I’m intrigued by the fact that they have so many fascinating stories and interesting personalities. Meeting strangers and getting to hear a chunk of their lives really gets me. You don’t have to go to war zones and distant places to experience drama and the unknown. The odds are, you’ll find both right around the corner. In this case the stories were found at the local hairdresser.” The project is not yet finished – there is still so much to discover in Copenhagen’s smaller hair salons.

It is an intriguing thought, that every person on the planet is connected in the sixth degree. The idea first surfaced in 1929,
when Hungarian author Frigyes Karinthy wrote a short story called “Chains”. The new ways of communicating and travelling meant that the world shrank, and all of a sudden having acquaintances in other parts of the world became more common.

Karinthy wrote about how you could point to a complete stranger on the other side of the planet, and by having someone you knew introducing you to their acqauintances, it would be possible to reach the stranger through no more than six levels of connections, by virtue of chains of friends.

The idea of chains of friends form the basis of Jens Juuls award winning photography project ”Six Degrees of Copenhagen”. He doesn’t apply the idea of six degrees in any scientific way. Instead, it is a way of work that magically enables him to travel through the city and meet its inhabitants. Each of the persons portrayed in “Six Degrees of Copenhagen” is part of a chain of friends. What is interesting is that you in the pictures see, that he has come across all walks of life, old and young, and many different ways of life at that.

Another thing that strikes you is that the pictures in “Six Degrees of Copenhagen” are raw, yet intimate. And this becomes even more remarkable when you learn, that his modus operandi is that he simply approaches strangers on the street, and asks them if he can take their picture.

The photo sessions always take place in the comfort of peoples own homes. His visits usually last a couple of hours or however long it takes to break the ice and get just the right shot of the subject. And then the portrayed recommends someone in their own network that he can portray in the same way.

Empire and Beauty shows the sinister and cold aspects of the identity of the imperial system as well as the disconnect between the official ideals and everyday reality of the subjects of the Soviet Union.

The exhibition project “Empire and Beauty” is expressing and presenting imperialism from a number of perspectives. It shows the fascinating, the compelling and the fantastic effects of empire. At the same time, each painting captures how imperialism also presupposes the suppression of individualism and particularism. Thus, most of the paintings have a somber undertone hat contrasts with the monumental motifs.

The paintings narrates a story of the Soviet Union as an empire that has been. The Empire of the past. Of a Great Power, its ideals and its dark sides, of a past that still reaches into the future. It explores the contrasts and delusions and unmasks how the Soviet Empire constructed a narrative of pursuing beautiful ideals, portrays it all from happiness and beauty to death and destruction. The focus is on the beauty and the horror and what stem from that paradox.

The project engages the monumental expression that dominated the visualized politics of the Soviet state. Empire & Beauty aims to present a sensitive interpretation, which enters into the monumentality of the Soviet Empire: The Party’s conception of its own power and glory, it’s belief in a sense of community and the population’s complete devotion to the excellence of the socialist idea. But these (mis)conceived characteristics are contrasted with the fear and feeling of despair that was a permanent feature of people’s life, their dreams and their ideas.

In the eyes of the Party, Socialism was a system all-of-a-piece constructed out of a vision of togetherness and mutual strength in the struggle for a better world. Thus, the system was meant to instill pride, passion and conviction in the population and the visual expression was striking: It combined the sensuously specific and the superhumanly Divine (abstracting from the formal absence of religion!). For the apparatus, Socialism was the tool to reach Communism, which stood as the sublime, the total harmony – the ultimate goal of human society.

But in the exhibition, this ambition of building a perfect community, the imagined total conviction of the population in the exellence of the socialist idea and in Communism as the ultimate goal is contrasted by the threatening and the totalitarian system. A system that controlled and curtailed, sent multitudes into the Gulag and disregarded individual lives in order for the Empire to appear invincible and promote the Idea. In this way, Empire & Beauty provides insight into the part played by the Idea in this chapter of the bizarre history of this great nation, and into how the Idea thus affected not only the population and its way of life, but also the rest of the world.

Empire & Beauty takes the spectator on a visual tour de force through the greatness and the darkness of the Soviet Union, whilst at the same time drawing out the paradoxes in the in the way society was constructed and everyday life conducted in the Socialist Empire.

Empire & Beauty shows the strength, the fear and the fascination, some of the feelings most directly associated with the totalitarian system. The inevitable duality between desire and devotion, between creative urge and destruction. A divine complex. A constellation that not only is characteristic of the superpower the Soviet Union, but which is a defining feature of the superpower structure. Many chords are struck as regards aesthetics and ideals of beauty, power, desire and community, which thus encourages and moves a population or parts of a population and in this way overshadows the more dark and sinister aspects of totalitarian society.
Several of the paintings contain a paradox, a duality where the painting springs from Soviet motifs, art and icons, history and propaganda, but with new meanings attributed that bring the narrative forward and into the present.

Each of the paintings is either connected to a story or a problem, or it is part of my subjective perception. This is why I wish to produce a catalogue that travels with the exhibition in order to explain the motives while at the same time offering something tangible for the visitors to take home after visiting the Empire and the Beauty.

This project takes its point of departure in a profound curiousity regarding which consequences it has to someones life to be punished with long-term imprisonment. The project focuses on the life conditions of long-term inmates in Danish prisons. What do inmates think about their own lives, their relationships with people both inside and out of prison, and what kind of hopes and expectations do they have to the future?